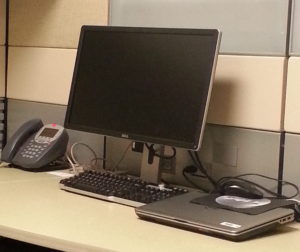 Two of the principles of my blog are “Creating Ecosystems of Success” and “Long-Term Thought”. While my scientific backgrounds are in the biomedical sciences Pharmacology and Toxicology, it’s imperative for me to keep my eyes on what’s happening in the other Science, Technology, Engineering and Mathematics (STEM)-fields. This allows me to use my platform to help guide others career-wise, and also for investment purposes (see my Facebook and Bitcoin post).

I was encouraged to visit and discuss a new technology called “Blockchain” which is the buzz of the investing and technology worlds right now. Blockchain is actually not new for those who are already familiar with it, though it’s still early in its implementation. Not being in the “Tech” sector, I had to do some homework to be able to discuss what blockchain technology is, and I must say that it was well worth the research as it’s going to play a huge part in our lives going forward. As a testament to just how early we are in this technology, I couldn’t find a single book on it on a recent visit to Barnes & Noble.

So what is blockchain technology? Simply put, blockchain is a “Distributed Ledger” technology. Those are the exact words from two more senior gentlemen I overheard discussing it while at a happy hour in Old Town Alexandria recently. Because my mentor had alerted me to what blockchain technology was, I perked up when I heard their discussion. I was able to follow some of what they were talking about, and I eventually butted into their conversation. 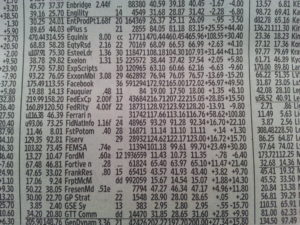 They were also discussing “Bitcoin”, the new leading “Cryptocurrency” which runs on blockchain technology, and is currently highly deliberated in investing circles. Some people are skeptical that Bitcoin is an actual investment for numerous reasons. While it’s not clear what the future holds, as of now Bitcoin has turned into a very lucrative purchase for those who were exposed to it four or five years ago.

By the way, while Bitcoin is receiving most of the press attention right now, there are other cryptocurrencies which share its similar basic attributes which I’ll highlight later in this post. They include: Litecoin, Ethereum, Zcash, Dash, Ripple, and Monero. Similar to Bitcoin, all of them run on blockchain technology.  For a more in depth discussion of how Bitcoin runs on blockchain technology, I recommend reading What Is Bitcoin? Here’s What You Need To Know by Julian Goldie.  Also, to learn about how Bitcoin can be used in business transactions, I recommend reading Can You Use Bitcoin To Pay For Travel?

Let’s start with a short discussion of how blockchain technology actually works. Again as my background is in the biomedical sciences, this look at blockchain technology is not designed to get into the nuts and bolts of coding and developing, but instead to provide a comprehensive look at what appears to be the next major technological advance, and to give those a chance to participate in it, who otherwise wouldn’t have it.  If my explanation of blockchain technology is too simplistic for you and you want a more detailed explanation of how it works, I recommend reading What is Blockchain Technology? A Beginner’s Guide published by Invest In Blockain which also goes into further depth about how the technology works in the cryptocurrency exchanges. 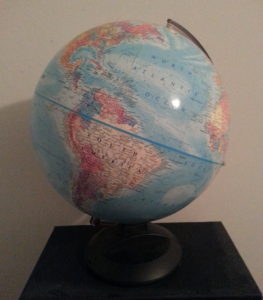 To understand how blockchain works, first envision a generic transaction taking place involving a group of let’s say nine participants either in one organization, or in different locations around the world – maybe even outer space one day with the way astronomy and space travel are going. The participants or members of the network are involved in the transaction through interfaces called ‘nodes’ which are simply their own individual workstations. Documentation of all transactions is captured using a ‘shared’ or ‘distributed’ ledger. This ledger is ‘decentralized’ and isn’t under the control of any one party.

All communication inside the network takes advantage of a ‘cryptography’ to securely identify the senders and the receivers. When one of the nodes wants to add facts to the shared ledger, a consensus is formed within the network to determine if they in fact should be added, and this consensus is called a “block”. A series of these blocks comprise the ‘chain’ which all participants can see, and which no one can change once it’s created.

In terms of concept, an example of how a blockchain would work is the “SharePoint” web-based collaborative platform that ingrates with Microsoft Office. Document sharing technology allows multiple permissioned individuals to craft and edit the same document simultaneously on the same platform in real-time. This technology removes the need to circulate drafts of a document to the members of the team via email making production less cumbersome and giving the authors absolute control over the drafts. Those who have permission to work on the document can also see who else is making edits thereby giving the collaboration transparency. Overall, this leads to increased efficiency, and the saving of both time and resources.

At this point, I’ll summarize the three advantages of blockchain technology. I’ve pulled them from a very informative video by IBM about ‘Hyper-Ledger Blockchain’ technology. Most descriptions of the technology involve these three core attributes:

• Creation of a distributed record: All parties involved in a particular transaction or business activity have a shared record of those activities. No one person or organization has ownership of the system.
• Addition to the chain is permissioned: All parties must agree on a new record or block being added to the chain. This adds trust to the transactions making them tamper resistant and highly secure.
• Transactions are secured: No one can change or delete a record from the chain making it permanent and eliminating the opportunity for fraud. A hacker for example cannot corrupt the records once it’s created.

It’s important to consider how blockchain will affect all of our lives, and it will do so in multiple ways. Let’s start in the context of banking/business. Anyone who checks their bank accounts as regularly as I do understands that many transactions don’t post/reconcile immediately – checking deposits for example. Money deposited from checks typically doesn’t transfer from one account to the other until the next businesses day – the check has to ‘clear’.

In a blockchain transaction, the transfer of funds is instant once it is approved by all parties. Currently in many business transactions, a third party intermediary is necessary which adds costs and additional levels of complexity to the transactions in addition to the potential for fraud. Blockchain technology eliminates the need for these intermediaries, and in addition to making the most mundane banking transactions more efficient, blockchain will also impact more complex transactions like the buying and selling of publicly traded securities like stocks. 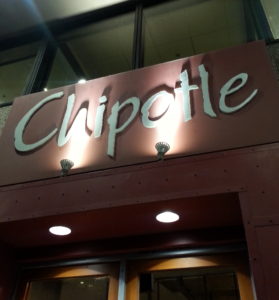 My first example involved banking but blockchain’s application potential spans far beyond that. The other major impact will be in industries where it’s important to track ‘supply chains’ for products of all kinds. The IBM video described above highlights blockchains’s application in the supply chains of diamonds.

However the most important supply chains it could impact could be those involving agricultural commodities and other food sources. In instances where there is an E. coli contamination for example, such as the one experienced by Chipotle recently or Burger King before that, blockchain technology would make it much easier to track the sources of those contaminations and pull them out of the market. With my backgrounds in Pharmacology and Toxicology, it can also be used to accurately track supplies of drugs and other industrial chemicals. It’s also currently being implemented into federal and state government agencies to help make their functions more efficient – the distribution of welfare checks for example.

I’ve described two uses for blockchain technology, but its potential applications are vast. Industries that can be impacted by it include:

The demand for blockchain developers is currently high and is increasingly growing. In terms of salary, many developers make over $255,000 per year. Still being in its infancy, those individuals who gain the skills to develop blockchain applications today will be on the forefront of the technology in years to come. They will work within businesses and government agencies where they will act as supervisors and directors.

In the private sector they will create and run entire firms and companies similar to how Steve Jobs and Bill Gates captained Apple and Microsoft respectively. For the younger generations, not knowing about blockchain will be particularly disadvantageous in terms of gaining employment and being able to compete in the new global and highly digital world economy.

Where can one learn to develop blockchain applications? Once again, we’re still early the technology, but some universities and companies have responded by offering a range of blockchain related courses which vary from online formats, to traditional lectures, as well as privately run boot camps. Some notable universities offering training include: MIT, Stanford, and Princeton. Companies such as IBM have courses as well. There is also an abundance of blockchain conferences scheduled in the next year in the United States and around the world.

As described above, knowing about blockchain will benefit those who learn to develop it through future employment and through working in the technology. For the lay person, it presents tremendous investing opportunities. Blockchain is only going to continue expanding in terms of its usage and application. It’s thus important to keep an eye on who is using it, and how they are implementing it, as it may lead to a similar phenomenon to what we saw with Facebook and Bitcoin. Those opportunities started off small, but those who were prepared to take advantage of them were greatly rewarded later on. 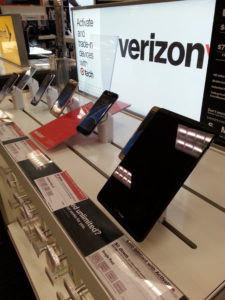 Understanding technologies like blockchain or just knowing they exist can be life changing. One of the recurring themes of my blog is that I had no STEM professionals in my own family, so I’m fortunate to have landed where I’ve landed career-wise. It was all predicated on someone realizing that I had the aptitude for science, and then encouraging me down that educational path. Thus just as it was important for me to do the research on blockchain to be able to prepare this post, it’s equally important if not more so, for readers to share this information with students and families who can benefit from it, or with individuals who can actively and creatively disseminate it.

A special thank you is extended to my mentor who will remain anonymous, for challenging me to learn about blockchain and also for encouraging me to craft this post on this very exciting and important emerging technology. Thank you for taking the time to read this post. If you enjoyed it, you might also enjoy:

• A discussion on the dangers of cell phones, social media, and technology with Dr. Ralph G. Perrino
• Who will have the skills to benefit from Apple’s $350 billion investment?
• We should’ve bought Facebook and Bitcoin stock: An investing and technology story
• A Cryptocurrency App Case Study
• Why SEO really is the key to successful online business
• The best Apps for Crypto Investment
• Tableau discusses educating in a data driven world revisited

If you’ve found value here and think it would benefit others, please share it and or leave a comment. To receive all of the most up to date content from the Big Words Blog Site, subscribe using the subscription box in the right hand column in this post and throughout the site, or or add the link to my RSS feed to your feedreader. Please visit my YouTube channel entitled, Big Discussions76. Lastly follow me on Twitter at @BWArePowerful, at the Big Words Blog Site Facebook page, and on Instagram at @anwaryusef76. While my main areas of focus are Education, STEM and Financial Literacy, there are other blogs/sites I endorse which can be found on that particular page of my site.