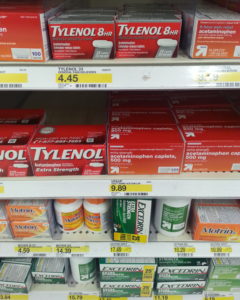 The field of Pharmacology is centuries old and it is very complex with respect to the wealth and depth of information available.  It is still evolving today.  The goal of this post is not to address every detail of the field, but instead to give readers a basic introductory understanding of the discipline.  Further details about the many aspects of Pharmacology can be accessed online, or in scientific journals.

I earned my Ph.D. in Pharmacology from the University of Michigan.  I admittedly didn’t understand the field initially, although I did know that it dealt with drugs and hoped that a degree in it would one day secure a position for me in the Pharmaceutical industry.  Since starting my studies in 1999, completing my degree in 2005, and starting my current career as a Regulatory Scientist, I’ve gotten the same question over and over again, “You have a background in Pharmacology?  Are you a Pharmacist?”  At Career and STEM Fairs, I get this question a lot, and thus following my principle of “Creating Ecosystems of Success“, I wanted to write a brief overview of the field – particularly for parents and young students who have an aptitude for science and may be interested in Pharmacology as a career one day.

“Simply put, Pharmacy is the study of what drugs do to man, and Pharmacology is the study of what man does to drugs,” said one of the Cancer Pharmacology faculty in our Principles of Pharmacology course during my first year of graduate school.  This statement explained in a very simple way some of the differences between the two disciplines.  Pharmacy is the study of the actual drugs administered to patients as therapeutic agents and its practitioners work at various institutions including hospitals, medical centers, and drug stores – CVS for example.  Pharmacists are health professionals, earn Doctor of Pharmacy degrees (Pharm Ds), are experts on medications, and are responsible for dispensing medicines.  Pharmacology is a basic research science that studies the mechanisms underlying the therapeutic effects of pharmaceuticals and potential drug candidates with the goal of developing and testing of new drugs. 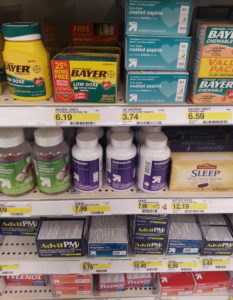 All medical practitioners (Anesthesiologists, Physicians, Pharmacists, Nurses, Surgeons, etc.) must take Pharmacology courses as they all need some understanding of the mechanisms of the drugs they ultimately prescribe.  Pharmacologists are the actual researchers performing experiments trying to create new drugs and identify new drug targets.  They further seek to characterize how mammalian systems (in most cases human although they are also involved in developing veterinary drugs) handle molecules at the molecular, cellular, tissue and whole organism levels.  It’s a vast field with many areas of specialization that I’ll discuss in the remainder of this post.

Pharmacology classically can be divided into two parts; Pharmacokinetics, which deals with how the drug is absorbed and eliminated by the body, and Pharmacodynamics, which deals with how the drug exerts its medicinal effect mechanistically.  The following sub-disciplines within Pharmacology generally fall under one of these two umbrellas or, in most cases, are a mixture of the two.  Each of us or someone we know has taken a drug or a treatment which has been impacted by one of these areas.  Any pharmacologist reading this can easily further parse this list out into greater detail, but again this was written for a general audience: 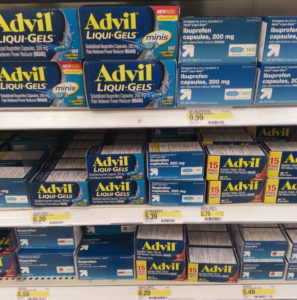 For each of these sub-disciplines there is a clinical side and a research side.  The clinical side is self-explanatory – it involves treating patients for various diseases as well as the prevention of illness by the above mentioned medical practitioners.  Think of the many medications you have been prescribed when you go to see medical doctors when you’re sick or for checkups, emergencies or surgeries.  But where do these medications come from originally?  Also, where will new medications come from in the future?

This is where the research side come comes into play.  At institutions like my alma mater, and in the private sector, there are scientists working year round on research projects asking questions about current medications in addition to trying to unlock the secrets of nature to create new therapeutics.  The investigations they perform involve testing molecules using whole animal models, cellular models, and in vitro systems to ask questions at the molecular level (proteins, lipids, DNA and RNA) about what the compound does.  It’s this research that can get very esoteric to the general public and that is published in academic journals including: Drug Metabolism and Disposition, the Journal of Pharmaceutical and Experimental Therapeutics, and Molecular Pharmacology. 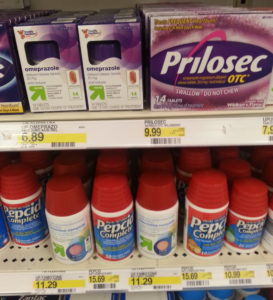 Pharmaceutical companies like Merck and Pfizer conduct research as well but instead of doing it strictly to find new knowledge, it’s to create new drugs that they can sell.  The same is true for smaller Biotech companies like Biogen.  Both need scientists with backgrounds in Pharmacology.  The Federal Government also employs scientists with backgrounds in Pharmacology to determine the safety of new drugs before they can be prescribed to the general public.  The same is true for food products and chemicals used in those products, so Pharmacologists are literally everywhere.

Depending on the degree level earned and where the scientist is employed, Pharmacologists can start earn starting salaries of $60,000-$70,000. Pharmacologists generally receive their training at major research universities.  While undergraduates can get training in Pharmacology – nursing students for example, degrees in Pharmacology are usually conferred at the Masters and Ph.D. levels and support for the student’s educational expenses as well as a modest salary are provided.  Upon attaining these degrees, scientists then determine which sector they want to pursue – academia, the private or public sectors, or nontraditional careers.  With the skills obtained in graduate school, scientists with these backgrounds have the flexibility to combine their knowledge sets with other disciplines to go into a wide variety of areas in addition to drug discovery in pharmaceutical companies and biotechs including: consulting, Toxicology, patent law and even starting their own companies. 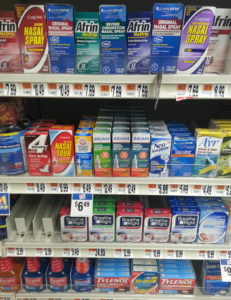 If you are interested in learning more about the exciting field of Pharmacology, I suggest that you visit the website of the American Society for Pharmacology and Experimental Therapeutics (ASPET).  You can then click on the Education & Careers link near the top of the page.  In the right hand column, there is a link titled About Pharmacology, that provides a great deal of interesting information.  Speaking of ASPET, all scientific disciplines have their own professional societies with annual meetings that rotate cities every year, and where scientists congregate to show their results, and network.  The two major professional societies for pharmacologists are ASPET, and the International Society for the Study of Xenobiotics (ISSX).

Thank you for taking the time to read this post, and I hope I was able to shed some light onto what Pharmacology is.  If you enjoyed this post, you might also enjoy:

A special thank you is also extended to Dr. Paul Hollenberg, Chair of the Department of Pharmacology at The University of Michigan when I was a student, who graciously looked at this post and gave feedback prior my publishing it.

If you’ve found value here and think it would benefit others, please share it and or leave a comment.  To receive all of the most up to date content from the Big Words Blog Site, subscribe using the subscription box in the right hand column in this post and throughout the site.  Lastly follow me on Twitter at @BWArePowerful, and at the Big Words Blog Site Facebook page.  While my main areas of focus are Education, STEM and Financial Literacy, there are other blogs/sites I endorse which can be found on that particular page of my site.

One thought on “A look at STEM: What is Pharmacology?”