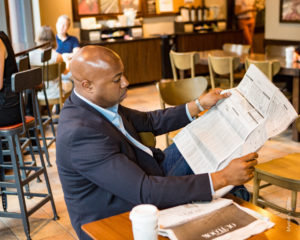 Quotes are powerful in that they can motivate us and help lay the groundwork for the principles we live by.  As we journey through life, we often meet people who inspire.  Even if we don’t personally meet them, they may still share things through books, interviews, podcasts, and other media.  The following are some of my most favorite quotes – quotes which I think about often and those who said them.  Similar to the principles of my, I live by these quotes, and my hope is that some of them will organically emerge through my content.  Similar to the principles of my of my blog, this list will grow and evolve over time. 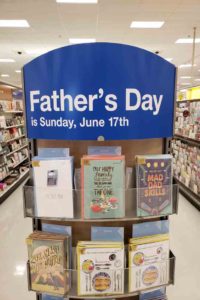 “Regarding your school work, you don’t want to do enough just get by son.  You want to excel!”

Rodney L. Dunbar, My Father and retired Educator, the 1980s

As you might guess my father has told me a lot of things over the years, but this particular piece of advice was critical for my journey because it made me think about my academic performance and push myself.  After doing mediocre work in high school, I saw that my peers who had performed exceptionally had considerably more options for college, and my father’s words helped to propel me forward and start to excel myself.  These words may have been his greatest gift to me. 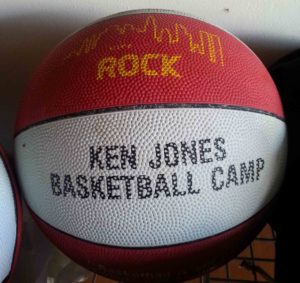 “Your Attitude determines your Altitude.”

Coach Ken Jones was my basketball coach at Hutch-Tech High School.  I wasn’t even the best basketball player in my class but he saw my potential and decided to give me a chance.  A true student of the game, I learned a lot about the game of basketball from him but also about the game of life.  The quote I’ve shared is something he used to tell us all of the time.  It’s a quote that’s stayed with me my entire life and which I put at the beginning of my graduate thesis.

“You want to have multiple projects going at once.”

My Graduate School Advisor, The University of Michigan Department of Pharmacology, the early 2000s

The Principal Investigator of my graduate school lab who will remain anonymous was as brilliant as he was driven and motivated.  One of the things he drove home to his students was to be able to multitask and have multiple projects moving at once.  He also taught us to think ahead and not be caught by surprise.  He was tough and was in many ways like a second father.

“We’re going to approach everyday with an enthusiasm unknown to mankind!”

Coach Jim Harbaugh is one of my inspirations.  He not only returned to the University of Michigan and saved the Football Program, but I really admire his tenacity, enthusiasm and love for his craft.  He comes off as being a little eccentric and quirky at times, but he’s the type of coach that makes you want to run through walls for him.

“Intelligence is the ability to adapt to change.” 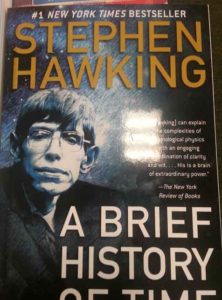 Being a scientist myself, I’m ashamed to say that I didn’t really stop and take of notice of who Stephen Hawking was until Agent Colson compared Dr. Bruce Banner to him in a conversation with Captain America in the first Avengers movie. Hawking was a Titan in the science world – one of our greatest minds. This quote from him resonates with me as I’ve personally learned that it’s critical to be able to recognize change, and then adapt to it. Those who don’t, often stay stuck or perish.

“Imagination is more important than knowledge.”

This quote appears over in the “Principles of My Blog” page under the principle of “Creative Thought”. A mentor called my attention to this very important quote, by legendary Physicist Albert Einstein who in most circles is known most for his “Law of Relativity”. All of our new innovations and technologies emerged from someone’s imagination. Inventors likewise have to think beyond what is already known. My blog and much of the content on it, all emerged from my own imagination. What do you imagine?

One night in graduate school when driving to Meijer to get some groceries, I stumbled upon the Bruce Williams Show on AM radio.  Bruce talked about everything from politics, to personal finances, to estate planning – all of it.  I was immediately hooked, and even called in to participate a couple of times.  The straw that stirred the drink was Bruce himself.  In his grandfatherly voice he regularly told the above riddle which essentially meant that he wasn’t claiming to be an expert, but also no one knew his well thought out and highly principled opinion better than he did, or why he felt the way that he felt.  This is particularly important in today’s emotionally charged, politically correct, group-think world where one’s thoughts can easily be emotionally swayed, or shamed from them. 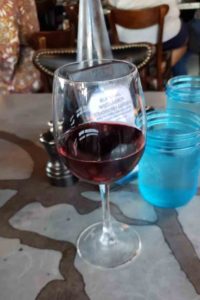 “The greatest lessons in life, we learn are from our mistakes.  The things that change who we are, are often the most painful.  Pain can change us more than success can.  Disappointment can change us more than success can.  If you never set yourself up to be disappointed you can never grow.  If you don’t set yourself up and take that chance knowing you might fail, you’re never going to grow.  The saddest thing in life is the people who never took that chance.  They have all the personality, the looks the energy, but they never had the balls to take that chance because they thought they couldn’t deal with failure.  The fact of the matter is you can deal with failure.  You can dig yourself out of failure.  I suggest that if you don’t take the step, you’ve failed.”

“I don’t embrace excuses.  I embrace solutions,” is probably Jon Taffer’s most famous quote from his hit TV show Bar Rescue.  The featured quote though about success and failure from his interview on the Knowledge for Men Podcast really moved me and stayed with me.  I’ve lived this quote at numerous times in my life.

“If you believe it to be true, you’re going to act as if it’s true.”

Dr. Robert Glover wrote No More Mr. Nice Guy and has made it his life’s mission to help men be more successful at dating and life.  To do that he’s had to help change their life paradigms.  This quote stayed with me.  It’s simple but profound. 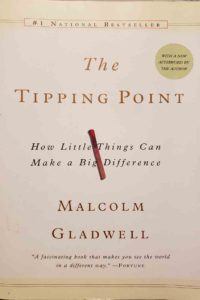 “I really honestly, seriously believe that everyone is interesting.  When people are talking about the things that they know well and do well, they are almost always interesting, and if they’re not it’s generally your fault because you’re not asking the right questions or haven’t made them comfortable.”

Malcolm Gladwell, Author of Outliers, David and Goliath, What the Dog Saw, The Tipping Point and Blink

I’ve read several of Malcolm Gladwell’s books and enjoy listening to him speak.  He has studied and eloquently explained the successes of some of the worlds most influential people, and has now become interested in “Revisionist History”.  I pulled this quote from an interview he did with Charlie Rose I believe.  Again it’s a very simple quote but very profound as well.  If an individual isn’t interesting, is it them or is it you?