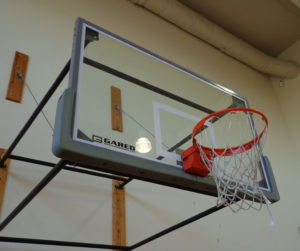 This article was originally the conclusion of the series titled the Lasting lessons basketball taught me. As described in the opening piece, I’m working on a larger writing project regarding my high school basketball experience and what it taught me about: life, success, and failure. As I’m working on finalizing that project, more ideas are coming to me and so I may add to this series from time to time. Part four discusses some of the valuable lessons basketball taught me about how to be successful in life.  As with all of the posts in this series, this one also falls under my blog’s principle of “Creating Ecosystems of Success”.

Basketball taught me that no matter what you set out to do, it helps to have a mentor who is experienced in your craft of interest. Someone who has been there already, knows all of the tricks of the trade, and the potential pitfalls, and can help guide you in the best possible way towards your goal is invaluable.

“Sometimes kids have to realize when a coach is trying to help them,” Coach Larry Brown said during his unsuccessful stint coaching Carmelo Anthony, Allen Iverson, Stephon Marbury, and some of the other younger NBA stars on the 2004 Men’s Olympic Basketball Team. “Kids have to understand the difference between coaching and criticism. There is a big difference.”

Basketball taught me that there are times in life when you have to go your own way, and leave certain people behind in order to achieve your goal. Examples are friends and relatives who don’t share your interests who can sometimes hold you back from achieving your goal. In other instances, they haven’t been to where you’re trying to go, and may hinder your getting there.

In my playing days, it was often stressed to us that, “the game is 95% mental and 5% physical.” This relates to one of the biggest lessons that basketball taught me which is that whatever it is you’re trying to achieve, you not only have to be focused on your goal, but you also have to be mentally strong, as there will likely be unexpected obstacles to whatever it is you’re trying to accomplish.

Just as on the basketball court, on the way to achieving your goals in the game of life, not only will you have to put in the work to master your craft, but you’ll also have to endure negative people or dream killers – sometimes the people closest to you telling you, “you can’t,” or, “you won’t,” or, “you’re not” – all disempowering words, but comments you’ll face when setting out to accomplish something of value. Many successful people derive motivation from disempowering words and naysayers, while unsuccessful people buckle and fold under such criticisms and doubts. With this being a basketball-themed post, Michael Jordan is probably the best example of this as his critics and doubters regularly served as his main motivators as he memorably described at his induction into the Basketball Hall of Fame.

“Your attitude determines your altitude,” my high school basketball coach Ken Jones told us regularly. In translation, your approach to a given situation will impact the outcome of that situation. We were fortunate that in addition to trying to lead us to victories, Coach Jones also wanted to develop us into the best people we could be. Likewise, in whichever activity a young person is involved in, the life skills taught are just as important as that particular activity.