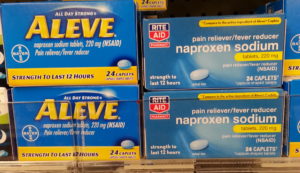 “If you swallow a pill and it simply sits in your stomach, and then passes out through your feces, it technically wasn’t absorbed into your body.”

Similar to the fields of Pharmacology and Toxicology, ADME/Drug Metabolism is a well-established field dating back to the nineteenth century, and it is very complex with respect to the wealth and depth of information available.  It is still evolving today.  The goal of this post is not to address every detail of the field, but instead to give readers a basic introductory understanding of the discipline.  Further details about the many aspects of ADME/Drug Metabolism can be accessed online, or in scientific journals.

In my Pharmacology and Toxicology posts, I briefly discussed Pharmacokinetics, Toxicokinetics, and the Absorption, Distribution, Metabolism and Excretion (ADME) of drugs and other xenobiotics.  These areas collectively comprise the exciting field of “Drug Metabolism”.   Whenever a new drug or industrial chemical is produced, several key aspects of the chemical must be characterized; how much of it gets absorbed into the body, where it goes in the body, and how long it stays there.  The answers to these questions are collectively known as the molecule’s “ADME” profile, and a tremendous amount of work goes into this type of research.  It’s very critical information as it helps characterize the chemical’s subsequent pharmacological or toxicological effectiveness and properties.  As you read through this post keep a couple of key questions in mind.  How much of the molecule gets absorbed into the body?  Where does it go once absorbed?  How long does it stay in the body?  Is it transformed into something new?  How does it leave the body? 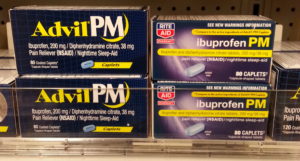 Before walking through the ADME acronym in greater detail lets first talk about the three organs that impact a chemical’s ADME profile the most: the Liver, the Kidneys and the Small Intestine.  As described later in this post, other organs can impact a chemical’s ADME profile but these are the three major players.  I will try to explain these organs in the context of this post in the simplest way possible.

“If you take a pill and it simply sits in your stomach for a brief period of time, and then passes out through your feces, then it technically wasn’t absorbed into your body,” said the same professor from my Pharmacology post who distinguished the discipline of Pharmacology from Pharmacy.  This anecdote described how drugs and man-made industrial chemicals in the classic sense must be absorbed into the blood stream to actually have been absorbed into your body.  There are other ways a chemical can get into the body (inhalation and dermal exposures), but for this post I’m focusing only on oral absorption. 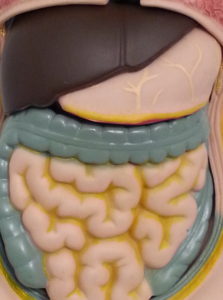 If absorbed in the small intestine, the molecule of interest then passes through the “Hepatic Portal Vein” into the liver where any number of things can happen to it (described in greater detail below).  After leaving the liver and entering the general circulation, the molecule is for the most part cleared through the kidneys via the urine, but in some cases it can be deposited back into the GI-Tract and leave the body through the feces.  Molecules can also be exhaled depending upon what they’re transformed into once absorbed.  Any molecule not absorbed by the small intestine leaves the body through the feces.

I can’t emphasize enough the importance of the liver and kidneys which both perform numerous critical functions in the body.  For this particular context, the normal function of both, are critical to the body’s handling of both endogenous and exogenous chemicals which is why physicians, nurses and pharmacists inquire about their function early on when patients are admitted for care in clinical settings.  With that in mind, I’ll now break down the ADME acronym and why these skill sets are so valuable for scientists who gain an expertise in them:

So why is all of this important?  Whether in a hospital setting, a pharmacy, or in the chemical industry creating a new food additive, pesticide, or cosmetic, it’s important to have as clear an understanding as possible of where the molecule goes in the body and what its fate is following ingestion.  As described above, physicians, whether in general practice or in the emergency room, have to gauge a patient’s liver and kidney function as those two organs will dictate how long the pharmaceutical stays in circulation – again, its “Bioavailability”.  Even a pharmaceutical designed to be therapeutically beneficial can be toxic if it remains in the body too long, if its levels exceed a certain dose level, if it’s transformed into something toxic, or if there is a drug-drug interaction.  “Drug-Drug Interactions” are typically the result of one drug causing an increased internal dose of another drug due to inhibiting or preventing metabolism by the enzymes described in the metabolism bullet above.  In graduate school we learned about the classic case of Terfenadine causing abnormal heart rhythms that could lead to death by increasing the amounts of circulating Erythromycin – both of these drug molecules normally work by with non-cardiac mechanisms. Terfenadine was removed from the market once it’s ability to cause this deadly drug-drug interaction was recognized.

Chemical, food and beverage, and pharmaceutical companies all have to know what happens to their molecules in the body for several reasons.  A drug can be highly effective at preventing cancer cells from multiplying in a laboratory setting in dishes and flasks, but unless it is readily absorbed in the intestines and can actually get to its target tissue in the body as its untransformed structure, it’s useless.  In some instances, a drug can get to its site of action, but the cells of that tissue can adapt and effectively expel the molecule before it gets a chance to exert its function as described earlier.  Pesticides which are sprayed on agricultural commodities often make it to our dinner tables in low levels where we do ingest them to some degree. 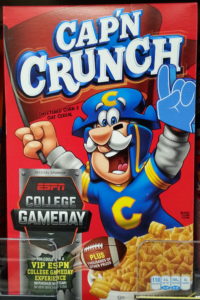 Another very important context for ADME/Drug Metabolism is actually “Food Safety” which is a key consideration for food and beverage companies like Pepsico and Quaker Oats.  As a matter of fact, at a family dinner earlier this year, a discussion of about Trisodium Phosphate (TSP), a preservative used in “Cap’n Crunch” cereal which had other industrial uses, caused a stir amongst my relatives.  I had to remind them that both the ADME and toxicity profiles of this preservative had already likely been characterized and cleared through extensive studies by the company and the Food and Drug Administration (FDA).

“Scientists with training in Drug Metabolism will almost never be with jobs,” said one of the professors in my graduate department at the University of Michigan.  While we know that there is no job that is 100% secure, this particular professor was stressing that ADME/Drug Metabolism scientists are critical parts of most companies.  The divisions of those companies responsible for these types of studies are typically titled Drug Metabolism and Pharmacokinetics (DMPK).  No matter what disease the company is interested in (Diabetes, Cancer, HIV, etc.), it is essential that they understand the chemical’s ADME/Drug Metabolism profile for their own purposes and when submitting packages for approval by the Food and Drug Administration and other regulatory agencies.  The same is true for chemical companies. Depending on the degree level earned and where the scientist is employed, ADME/Drug Metabolism scientists can earn starting salaries of $60,000-$70,000. 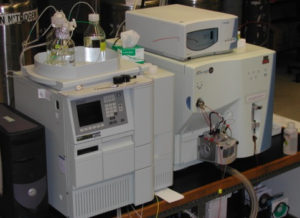 There are numerous scientific tools and technologies that ADME/Drug Metabolism scientists use, but I’ll mention two of them briefly.  The first is the Mass Spectrometer also known as the “Mass-Spec”.  The accompanying picture shows a Mass-Spec.  Click on the image to enlarge it.  Mass-Specs are not used solely in ADME/Drug Metabolism studies, but they’re very important to the field because they can detect and identify molecules in whole blood, blood plasma, tissue samples, urine, and fecal samples at very, very low levels.  More importantly they can detect changes in the structure and identity of molecules once they have gone through the body and can help to predict a drug/industrial chemical’s efficacy or toxicity.

Technologies and methods are always changing and evolving but the Mass-Spec is currently a very important tool for ADME/Drug Metabolism.  Currently, Pharmacology and Toxicology scientists in industry are moving towards decreasing animal usage and towards more in vitro and in silico methods which are giving rise to the use of Physiologically Based Pharmacokinetic Models (PBPK) where the fate of molecules can be predicted using various constants and inputs into computational models.  We’re currently in the early era of these methods. 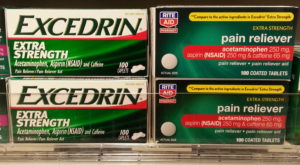 If you are interested in learning more about the exciting field ADME/Drug Metabolism, I suggest that you visit the website of the American Society for Pharmacology and Experimental Therapeutics (ASPET).  You can then click on the link titled Education & Careers.  In the right hand column, there is a link titled About Pharmacology, that provides a great deal of interesting information.  Speaking of ASPET, all scientific disciplines have their own professional societies with annual meetings that are held in various cities (eg. Boston, San Francisco, Chicago, San Diego, Washington,etc.) every year, and where scientists gather to show their results and network.  The two major professional societies for ADME/Drug Metabolism scientists are ASPET, and the International Society for the Study of Xenobiotics (ISSX).

Thank you for taking the time to read this post, and I hope I was able to shed some light onto what ADME/Drug Metabolism is as a field.  The next post in this series will discuss the field of Inhalation Toxicology.  If you enjoyed this post, you may also enjoy:

A special thank you is extended to Dr. Paul Hollenberg and Dr. Chester Rodriguez for their contributions to this post.  I also want to acknowledge Dr. Yoichi Osawa of the University of Michigan’s Department of Pharmacology for the picture of the Mass Spectrometer used in this post.

If you’ve found value here and think it would benefit others, please share it and or leave a comment.  To receive all of the most up to date content from the Big Words Blog Site, subscribe using the subscription box in the right hand column in this post and throughout the site.  Please visit my YouTube channel entitled, Big Discussions76. Lastly follow me on Twitter at @BWArePowerful, on Instagram at @anwaryusef76, and at the Big Words Blog Site Facebook page.  While my main areas of focus are Education, STEM and Financial Literacy, there are other blogs/sites I endorse which can be found on that particular page of my site.