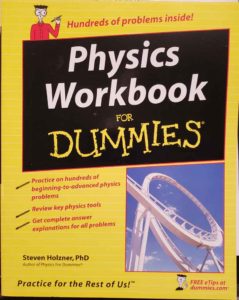 “Physics is a different way of looking at the world.”

A key principle of my blog is Creating Ecosystems of Success, and a key focus is awareness of the Science, Technology, Engineering and Mathematics (STEM) fields. Several years ago, I tutored in the former Northern Virginia Tutoring Service to earn some extra income outside of my federal science career. The subject that gave me the most business year after year was International Baccalaureate (IB) and Advanced Placement (AP) General Chemistry for high school students – both college-level courses.

On a few occasions I tutored some students in Physics – the ‘Grandfather’ of all the sciences. Physics has a special place in my heart as it was a milestone for me during my growth as a student. I didn’t take to ‘Physical Science’ as an eighth grader, and I struggled with high school Physics as a junior. Midway through my junior year, I figured out what was going on and ended the year respectably. I discovered that I could succeed in a ‘quantitative’ science course.

With a younger cousin now taking IB Physics as a freshman in high school and struggling early on herself, I’ve decided to craft a piece about the keys to learning college-level Physics. As a Pharmacologist/Toxicologist, I’ve tried to be as accurate as possible in this piece. Please excuse me if I’ve misspoken about anything or even leave a comment below this post.

“Physics is a different way of looking at the world,” my father, a Physics major himself in college said when I was a junior in high school and didn’t understand the class initially. It was a vague explanation and I still didn’t get it. My teacher at Hutch-Tech High School in Buffalo, NY also didn’t give a nice comprehensive explanation of what the class was about before going into his discussion of “Scalars” and “Vectors”. He was a very robot-like, studious-looking, middle-aged gentleman, with a graying beard and glasses who almost never blinked as one classmate humorously pointed out one day.  To give him the benefit of the doubt, I’ll say that he might’ve given us a nice introduction and perhaps I just wasn’t paying attention.

In terms of my cousin who is struggling with Physics, one of the first questions I asked her coincidentally was if she knew what Physics was all about. She of course quickly answered, “No.” When learning anything, I believe that context is critical because it lets us know the ‘why’ and makes attacking the ‘how’ much easier. I explained to her that Physics itself is a broad field, but most importantly that it’s a way of mathematically explaining the natural world around us: calculating the masses of things, the speeds of objects, understanding how light and sound travel, understanding gravity, etc. 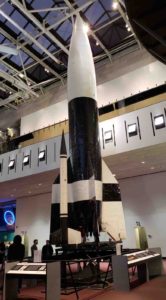 When NASA, SpaceX or their collaborators and competitors send astronauts and rockets into space for example, there’s a whole series of calculations that need to be performed and worked out ahead of time. Understanding “Time Dilation” in outer space requires some knowledge of how gravity and light work together. This gives us insight as to why individuals age more slowly in low-gravity environments. Calculating how fast a football ball travels, understanding the acceleration of cars, building high-speed rail systems, building bridges and buildings, and understanding how cell phones work – this all involves Physics.

Partway through my junior year struggles, something ‘clicked’ and I realized that we were being asked ‘word problems’ – problems where we were given multiple pieces of evidence and then having to solve for an unknown – usually having to use an Algebraic equation. I’ll use an example from the ‘Mechanics’ chapter of most Physics curricula. Mechanics deals with the movement and speeds of objects and thus involves concepts like: ‘Force’, ‘Momentum’, ‘Velocity’, ‘Acceleration’, ‘Friction’, and ‘Inertia’. The word problems typically involve giving two to three pieces of the puzzle and then asking the student to solve for the unknown.

An example is being given the mass of car, the speed of the car and then being asked to determine its Momentum (p). To answer the question, students must understand what Momentum is in terms of ‘units of measure’. In this case, Momentum is represented as: mass (m) * velocity (v) – the units usually being kilograms (kg) for mass and meters per second (m/s) for velocity:

The measurement of speed is a ‘rate’ and in the United States, we typically measure speed in miles per hour (m/h). Canada uses kilometers per hour (km/h). Most Physics curricula express it as m/s. Underneath the Mechanics umbrella there is also Acceleration (a) which is very, very close to Velocity except for one subtle difference – the units are meters per second squared (m/s²). Instead of Momentum (kg*m/s) this one little change creates the unit for Force (F) (kg*m/s²) which is referred to as the “Newton”. The actual formula is: 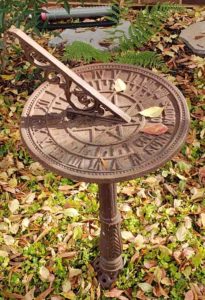 This is just a piece of Mechanics. There are many more calculations in the: Circuits and Electricity, Dynamics, Kinematics, and Thermodynamics chapters just to name a few. This meticulousness with formulas and units of measure is what my father meant by, “looking at the world differently.” He meant looking at the world mathematically and in terms of formulas, laws and ‘constants’. And with that, I’ll discuss some simple keys to excelling at college-level Physics. They are as follows:

Understanding Physics at a high level: While the goal is to understand the world in a mathematical way, context is critical in my opinion because otherwise you’re just needlessly doing calculation after calculation. Again, my high school Physics teacher may have given us a nice comprehensive introduction and I was either daydreaming about basketball or girls, but my first memories of the class were ‘Scalars’ and ‘Vectors’ as described above. Once I got older and understood that Physics is everywhere, and its great history, I developed a great respect for the field and those who work in it.

Understanding the scientific and mathematical relationships: At some point during my junior year of high school, the ‘light bulb’ in my brain turned on. I realized that most of the questions we were being asked involved a principle of some sort and there were corresponding equations and formulas. The examples cited above involved Mechanics but there are many other modules in Physics. Students must be able to quickly read a question and identify which principle and the corresponding formula/equation being called upon. From there it’s pretty much ‘plugging and playing’. 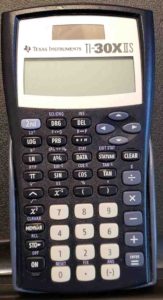 Students must become meticulous about the units measure and your calculator must become your ‘best friend’ just like in Chemistry. Some questions give the student two different units of measure and the units for the answer may be a combination of the two, a constituent of the two, or something completely different if a ‘physical constant’ value is involved – the speed of light or sound for example or the Earth’s gravitational constant. Some questions even involve multiple equations. You get the point, and this is what makes the final key is so important; practice. By the way, many teachers and professors allow their students to write down their equations and formulas and bring them to the tests eliminating the need to memorize them.

Being disciplined about practicing the problems and seeking help: The final important key in my opinion, is taking the time outside of class to go over the practice problems and being ruthless about it. Depending on how long a given test is, students will usually only have about an hour to complete the questions. For that reason, it’s critical to be able to identify what’s being asked quickly, and then being able to quickly calculate the answer. To do that, students must practice as many problems as possible in their spare time – if the teacher assigns only the odd numbers in a chapter, then the student must also be willing to do the even numbered questions to master the principle.

Religiously doing the practice problems takes a certain amount of discipline, foresight and drive. More importantly it also builds confidence. This is the point I tried to drive home to my cousin and others in her situation. If students are confused about something when practicing their problems, they should seek out their teacher or a knowledgeable peer for more help. Once again, a key pillar of science is asking questions and knowing when you’ve arrived at the boundaries of your own personal knowledge. 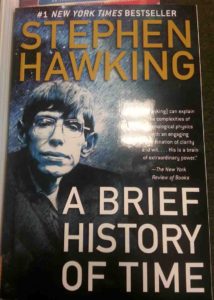 “I want to congratulate you. You’ve really turned things around this year,” my high school Physics teacher said to me late in my junior year. His words surprised me, and they showed that he was paying attention to how his students were doing. He saw me flounder early in the year, and then start to grasp the material as time went on. My early grades in the class were in the mid- to high-60s, but I recovered to finish in the high-70s to low-80s. As an undergraduate, I knew what to do immediately and scored in the 90s both semesters.

So, there you have it. Keep in mind that this is for high school and college-level Physics and it can get much more complex. There is for example “Calculus-Based Physics“, which gives me the chills just thinking about it. I imagine that the keys I gave still apply though the material is far more complex.  Lastly Physics in addition to being a prerequisite class for many STEM-hopefuls, it’s also a bit of ‘gatekeeper’ course which can derail the dreams of many Medical School hopefuls and other aspiring healthcare professionals.

Undergraduate Physics is as far as I went, though some of the principles did come into play once I started my graduate research. For the sake of this piece though, like Chemistry, students can get overwhelmed and lose hope once they fall behind early, which is dangerous because some may never want to participate in the STEMs afterwards.

Thank you for taking the time read this blog post. If you enjoyed this piece, you might also enjoy:

If you’ve found value here and think it will benefit others, please share it and/or leave a comment. To receive all of the most up to date content from the Big Words Blog Site, subscribe using the subscription box in the right-hand column in this post and throughout the site, or add the link to my RSS feed to your feedreader. Lastly, follow me on the Big Words Blog Site Facebook page, on Twitter at @BWArePowerful, and on Instagram at @anwaryusef76. While my main areas of focus are Education, STEM and Financial Literacy, there are other blogs/sites I endorse which can be found on that particular page of my site.