The first principle of my blog is Creating Ecosystems of Success, and two of its key focuses are Education and Career Discussions. Choosing a career is one of the most important decisions one can make in life. Unfortunately many students aren’t always guided properly in this area, and have poor career prospects on the back end of their education. The following contributed post is thus entitled; Common Mistakes Made While Choosing A Career. 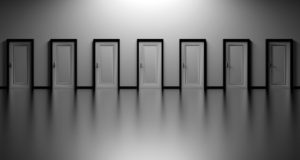 When choosing a career, there are so many different factors that need to be considered. Of course, you want to make sure you end up with the perfect career for you. However, this is much easier said than done. How do you know if a job is right for you until you start doing it? Well, a good place to start is by avoiding some of the common mistakes that people have made before you. With that in mind, continue reading to discover more about the common mistakes you need to avoid when choosing a career.

Taking a job with limit growth prospects – The first mistake that a lot of people make when it comes to choosing a career is going for a job that does not offer anything in terms of career prospects and growth. One of the main reasons people get frustrated with their jobs is because they feel like they have hit a brick wall and they can’t go anywhere.

Choosing money before anything else – There is no denying that money is important when choosing a career. After all, we all need money to pay the bills and to buy the things we want in life. However, you have no doubt heard the saying that money cannot bring happiness. You are going to spend most of your life working, so it is important to love what you do.

Failing to map out your route – Choosing a career is one thing, but how are you going to get there? You need to understand what is going to be expected of you and what qualifications you need. Are you going to be able to achieve these? Let’s say you want to work for a trucking firm. Do a search of trucking companies near me online so you can find out what they look from when it comes to their drivers. This is the only way you will be able to plot out how you can make it to the career you want and determine whether or not this is really for you.

Ignoring the signs of industry decline – Last but not least, another mistake you need to avoid is ignoring the signs of industry decline. Industries come and go – they aren’t around forever. Sign painters used to get a lot of business. However, that industry was replaced with vinyl and large-scale printing. When choosing a career, you not only need to consider your passions and what you are good at but you need to think about the state of the industry too.

Hopefully, you now have a better understanding of some of the most common mistakes that people tend to make when they are selecting a career. This should give you a better understanding of what you should and should not do regarding your professional future. But if you do make a mistake, don’t fret about it! Lots of people end up changing their mind regarding what they want from a job.