Two of the focuses of my blog are Financial Literacy and Money, and Business and Entrepreneurship. Whether it’s your personal finances or a business venture, understanding taxes is critical. Furthermore, having a tax-strategy can be a critical component to building wealth. The following contributed post is thus entitled; Everything You Need To Know About Taxes. 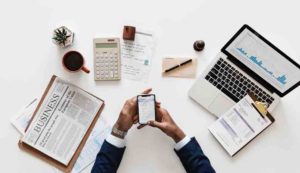 As the old saying goes, the only certainties in life are death and paying taxes. All working citizens pay a percentage of their earnings to the government in order to contribute to the functioning of the country. The government spends these taxes on maintaining and improving the country, investing in technology and education, as well as purchasing products that benefit citizens in general. Main areas of expenditure include Major Health Programs (including Medicare and Medicaid), social security, and defense and security for the country as a whole. Tax payments are also used on transport and infrastructure. But it’s not so much how taxes are spent that you need to worry about personally. It’s how much tax you have to pay the government and how to make sure that you cough up the correct amounts on time. So, to help you along the way, here’s everything that you need to know on the subject!

The Importance of Paying Taxes

Besides the importance of paying taxes in regards to keeping the country ticking over, it’s also extremely important that you pay taxes in order to avoid huge fines and potential jail time. Here are some of the potential consequences of paying late or not paying at all.

● Late returns – if you file your return late, you will be charged five percent of your unpaid taxes for every month that your tax return is late on top of the total that you owed anyway.

● Failure to pay – if you file your return, but fail to pay the amount that you owe, you will be charged a failure-to-pay penalty. This amounts to 0.5 percent of the taxes that you owe per month you fail to pay. You will also begin to accrue interest rates on your unpaid tax.

Making the Process as Simple as Possible

As we have established, it’s extremely important that you not only file your tax assessment on time, but that you also make a payment on time. The percentages that you are charged may sound relatively small, but when you keep in mind the amount that you earn in an entire fiscal year, this sum can become pretty large and it can mount up over the months. But not to worry. There are steps that you can take to seriously simplify your tax paying process. The first step that you can take is to hire an accountant. This individual will take all of your financial information for the tax year and determine exactly how much you owe out in taxes. They may also be able to minimize this figure by deducting any work-related expenses that you may have incurred. Another option is to use tax software yourself. This is specially designed software that will help you to complete your return as quickly and conveniently as possible. If this sounds good to you, take a look at this Professional Tax Software Comparison Chart to determine which software will best suit your needs.

Now, we have dealt with personal taxes, let’s take a moment to focus on corporate taxes. If you own a corporation, you’re going to have to pay corporate tax from your business’ profits. You can generally choose your own tax year, so you choose two dates within the year that you operate within – this makes paying taxes better suited to your professional schedule. If you know you have a particularly busy time of year where you’re run off your feet, you can arrange your fiscal year to guarantee that you won’t be focused on filing returns at this given time. Instead, you can schedule your tax file to fall during a quieter period. It is generally stated that we have the highest corporation tax in the world. While stated levels of tax may well be the highest amongst the world’s major economies, when you factor in deductions and other expenditures, corporation tax isn’t actually all too high.

Almost all corporations are expected to pay the full sum of corporation tax that they owe over four set dates. Payments generally tend to be due on the 15th April, 15th June, 15th September, and 15th December. Paying smaller sums throughout the year lightens the load on businesses, rather than implementing the pressure of one huge payment date. It is highly unlikely that you will be granted an extension on this payment date, so make sure that you have the funds ready and waiting to be paid. If you fail to pay the full sum of your corporation taxes, you may find that civil and criminal penalties may be imposed upon you. These tend to be divided into four categories:

While most individual and corporate taxes are reliant on a mere self-assessment, many large and mid-sized businesses are monitored by the IRS and tax state authorities. If you are turning over a lot of money, you may find that you undergo regular audits to ensure that you are complying with the law and sticking to tax rules.

Hopefully, this has helped you out with a whole lot of information that you need to keep in mind when it comes to filing both personal tax and corporation tax. These are by no means minor issues, as failing to comply with tax law can see you receive serious fines and perhaps even face legal action. So, make sure that you are always complicit!