“People in the inner cities are naturally creative and inventive often times out of necessity.” 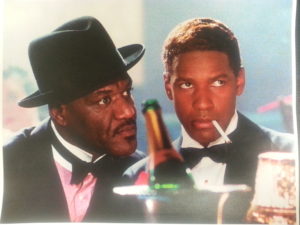 I originally published this piece on the Examiner in February of 2016.  It’s not about a Science, Technology, Engineering and Mathematics (STEM) practitioner or inventor per se, but instead it’s a look at an individual who had the potential to practice science.  Because of life choices and circumstances however, he used his intellectual gifts for criminal activities.  This person is an example of the wasted intellectual ability in the United States’ inner cities and also something my father talked about which was that, “People in the inner cities are naturally creative and inventive often times out of necessity.”

West Indian Archie was portrayed by Delroy Lindo, in Spike Lee’s Malcolm X starring Denzel Washington.  Though he was a minor character in the movie and in Alex Haley’s The Autobiography of Malcolm X, West Indian Archie holds several significances, particularly in the realm of science.  Many of these significances are extremely relevant today in an era where there is a great push to get underrepresented minorities involved in STEM.

Malcolm X (then Malcolm Little) first met West Indian Archie in New York city prior to converting to Islam and dedicating his life to Civil Rights.  West Indian Archie was one of the bigger players in the ‘Numbers’ game in Harlem who had done time up the Hudson River at Ossining State Prison best known as “Sing Sing”.  He eventually took Malcolm under his wing and taught him the Numbers game, and used the novice in his illegal activities.

West Indian Archie had the amazing ability memorize long sequences of numbers such that he never had to write them down.  He in fact warned Malcolm never to write his customer’s numbers down to minimize the potential for incriminating evidence should he get apprehended by the police.  As with most street partnerships, theirs eventually crumbled due to greed and ego, and Malcolm X eventually fled Harlem to save his own life.

After Malcolm X converted to Islam, he later found West Indian Archie close to death and the two reconciled their differences.  After educating himself in jail and gaining a new perspective on the world, Malcolm X realized that someone like West Indian Archie with his ability to memorize long sequences of numbers, could’ve used his talent to become any number of things particularly in the sciences: a physicist, an astronaut, a mathematician, etc.  He realized that in blighted urban areas all over the United States there were similar minds with the abilities to practice science that were wasted and used in things like criminal activity by default – a challenge we still face today.

If you’ve found value here and think it would benefit others, please share it and or leave a comment. Please visit my YouTube channel entitled, Big Discussions76. To receive all of the most up to date content from the Big Words Blog Site, subscribe using the subscription box in the right hand column in this post and throughout the site, or add the ink to my RSS feed to your feedreader. Lastly follow me at the Big Words Blog Site Facebook page, on Twitter at @BWArePowerful, and on Instagram at @anwaryusef76. While my main areas of focus are Education, STEM and Financial Literacy, there are other blogs/sites I endorse which can be found on that particular page of my site.