Two key focuses of my blog are Business and Entrepreneurship. Uber has become a prevalent means to making money for the lay persons while also providing competition for conventional Taxi services. While Uber has become a convenience for most everyone, are there any drawbacks? The following contributed post is entitled; The Ethics of Uber.

It goes without saying that consumers are crazy about Uber. From their point of view it has numerous sizable advantages over the conventional taxi model. First of all, it’s cheaper. As a digital intermediary between owner drivers and their passengers, Uber has significantly fewer overheads than your average taxi firm and are able to pass the savings on to their customers. Secondly, since Uber can recruit more owner drivers than your average taxi firm, it’s likely that wherever you are you can get an Uber at your door much more quickly and efficiently than you could get a conventional taxi. But while Uber may seem like the perfect option for those who want to get around quickly and affordably, it does have its ethical caveats. 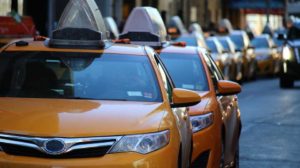 The transportation giant has had its fair share of ethical scandals over the past few years which have faced considerable public scrutiny. While this blog wouldn’t presume to tell you what to do with your money, here are some things that must be borne in mind before you tap the app…

One would assume that unfettered the of overhead costs that befall most taxi operators, Uber would be able to guarantee a better deal for its drivers. But there’s overwhelming evidence to suggest that this is not the case. In fact, last year the intermediary restructured its pricing and increased its own cut of fares while reducing the drivers’ take home.

This has left Uber drivers having to make more fares to make their operation economically viable. Unfortunately, more fares means faster driving and with faster driving comes more scope for accidents occurring as drivers are more concerned with getting passengers to their destinations quickly rather than safely. You can read more about Uber car accident law online if you have been involved in an incident where this has happened. Suffice to say that Uber will have to either raise its prices or relinquish some of their cut if they are to pursue more ethical standards.

Unlike other taxi services which are beholden to strict state and federal regulations, Uber has demonstrated some regulatory ducking and weaving over its lifespan that might put the legendary Muhammad Ali to shame. All over the world the app has used a technique called greyballing to deceive authority inspectors in locations such as San Francisco, Boston and Las Vegas. Greyballing was used to prevent officials from accessing Uber drivers by using personal data derived from their devices to mark them out as officials. This has enabled the taxi giant to avoid scrutiny but it’s far from the only measure taken to avoid regulation.

After the giant was effectively banned by London’s transport authority due to potentially unsafe practices and lack of corporate responsibility, Uber managed to dodge regulations which would have irrevocably altered its working practices. The giant has also been hit with a multimillion dollar fine for refusing to reveal its business data to US authorities.
While Uber has tightened up on their background checks for drivers and some territories are actively pushing for the taxi giant to operate with greater transparency and a better deal for its drivers, there are certainly a number of reasons why ethically minded passengers should be given pause.