One of the focuses of my blog is Health and Wellness. There are several perceptions of motorcycles. In some instances, they are viewed as status symbols, and in other instances they are viewed as health hazards. It turns out that there are some therapeutic benefits to riding motorcycles. This contributed post is thus entitled; the Unexpected Wellness Benefits of Motorcycling.

If you own a motorcycle, you’re already conversant in the arguments made against them on a regular basis. You probably hear them fairly regularly from your significant other, your parents and /or your children. They constantly remind you of just how unsafe you are on a motorcycle compared to on a car or how they worry about you every time you don your leathers and take to the road. 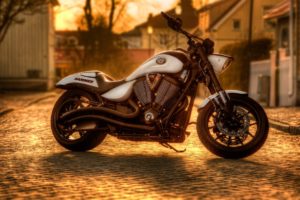 While it could be argued that motorcyclists are actually safer than their car driving counterparts as not only does being able to turn their heads for an unimpeded view of their surroundings make for better hazard perception and eliminate blind spots, motorcyclists are also much better positioned to react quickly and decisively when they perceive a hazard. Of course, if you are injured on the road as a result of someone else’s negligence you should always contact a motorcycle accident lawyer to pursue justice. Nonetheless, your family needn’t worry for your wellbeing. While you hit the road on your trusty steed, you actually benefit from several unique health benefits…

A study by the University of Tokyo demonstrated that motorcycling regularly can have a positive effect on cognitive function. In the study, a group of 40-50 year old male motorcyclists were compared to non-motorcyclists of the same age for 2 months. After 2 months of daily riding, the motorcyclists not only scored higher on their cognitive tests than the non-riders, they found a cognitive improvement of over 50% in some cases.

It’s not only your brain box that gets a boost from setting out on your bike. Regular motorcycling also helps you to keep some of that unsightly wobbly matter at bay. Steady state riding in urban environments can burn around 200-300 calories per hour. Riding over uneven terrain can burn up to 600 calories per hour. Who needs to be bored rigid on a treadmill when you can be working out with the open road.

A strong core is important for much more than having a set of shredded abs that make you able to stroll down the beach with confidence. Good core strength is at the heart of most of the movements that we take for granted in our day to day lives including (of course) turning and banking on your bike. If we hope to retain great mobility even in old age it’s essential that we maintain good core strength and regular journeys on your motorcycle are a great way of doing this without spending hours in a packed, sweaty gym.

There’s no feeling in the road quite like the freedom of the open road. The feeling of speed and exhilaration combined with the raw power beneath you all combine to create a thrilling experience that beats sitting in a stuffy car any day of the week. Moreover, motorcyclists enjoy a meditative state feeling at one with the road that few drivers get to experience.

It’s a great stress buster and mood booster that can help you maintain a positive outlook no matter what the rigors of your job, career and family life.