Two of the main focuses of my blog are Financial Literacy and Money. The following contributed post was written by Faye McDonald. It discusses The Three Biggest Sources of Money Stress.

Most of us have felt it at some point or another. When you’re facing money trouble, stress becomes a real factor in your life. It can affect your sleep, your work, your relationships, and even your health. Here, we’re going to look at some of the biggest sources of money stress and what you can do about them. After all, the impact of money troubles goes a lot further than your bank account. 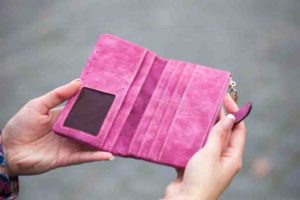 Income
A lot of importance is put on getting a job with a good income. It’s true that if your paycheque is big, you’ll have an easier time managing all your costs and putting together savings for your future. However, while working on your career should be a focus, it shouldn’t be the only one. There are other paths to take to financial security and prosperity. It’s all about planning better with what you have. By creating a budget, it’s easy to find the little extra savings that you can contribute to long-term goals. These investments from Profitable Venture show that you can even start contributing them to strategies that can see them playing a part in growing your wealth outside of your job. Investments allow you to diversify not only your income but also your reserves for retirement and bigger investments in the future.

Debt
The fear of debt is often a lot worse than debt, itself. There are a lot of different strategies to try and handle it. None of them involve ignoring the problem and hoping you don’t get noticed, which is unfortunately what most people in a panic tend to do. There are options to help control it like debt consolidation loans from Buddy Loans, but you should always try talking to your creditors first and foremost. If you begin to suspect you will have trouble repaying your debts to the letter of the agreement, you may be able to negotiate it with them. You might not always have your debt reduced, but you can get your repayments restructured. Most creditors don’t want to have to turn to collectors just as much as you want to avoid them.

Insecurity
If you’re living on a low income, one of the biggest fears might be the risk that an unexpected cost could bring with it. If you suddenly have to pay for major car repairs, would it put you in debt? Besides insurance, building an emergency fund is one of the best ways to ensure that you at least have some safety nets to stop you from going into freefall. Contribute a little bit of your income every month towards a fund that can cover all of your expenses lasting three-to-five months. That way it can cover not only unexpected costs but some of the danger of being put out of employment, too.

Don’t forget that there are resources like the Money Advice Service that you can turn to when you can’t see any options that can help your financial situation. It’s easy to feel like you’re stuck in a downward spiral, but if you’re not a financial expert, there may be solutions and plans that you haven’t considered.