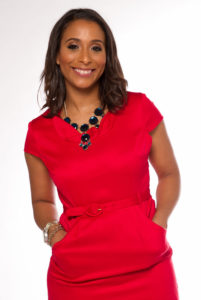 One of the goals of the Big Words Blog Site is to discuss Financial Literacy-related topics, particularly as they relate to the African American community.  A key aspect of wealth building is homeownership.  Coincidentally, for my very first interview for the site, I had the privilege of interviewing the very knowledgeable Simone Griffin of HomeFree-USA.  Simone and I met at the reception for the National Association of Real Estate Brokers (NAREB) at the 2016 Congressional Black Caucus Annual Legislative Conference.

During our interview, Simone discussed how HomeFree-USA was conceived and its mission, why homeownership is critical for African Americans, the effect of the 2008 housing market crash on African American homeownership and wealth, and the overall challenges the Black community faces in securing and maintaining homeownership.  Based on the wealth of information shared by Simone, our very candid and insightful interview will be posted in three parts.

Anwar Dunbar:  First of all, Simone, I want to thank you for your willingness to talk.  When I finished school, I realized that there were gaps in my financial knowledge.  Homeownership and real estate fall under that umbrella so I want to disseminate information that can help individuals, like myself, who want to have a firmer grasp on these concepts much earlier in life.

How did you get involved in real estate?

Simone Griffin: HomeFree-USA is a family business, which my parents started in 1995.  My father was in Mortgage Servicing for almost 20 years before that.  The servicing entity collects your mortgage payments and pays out the property taxes and homeowner’s insurance.  If you fall behind on your mortgage, they’re the ones you speak to.

My mother was in the retail business, and had a marketing background.  My parents noticed how many minorities in the DC area were locked out of homeownership, primarily because they didn’t know that they could afford it.  Many were government employees with very stable jobs, but no one in their family had ever owned a home.  My mother started HomeFree-USA, and my father later joined her, for those who had no one to guide them through all facets of becoming a successful, sustainable homeowner.

Realtors are often the default vehicle for helping people with their credit and debt issues, but that isn’t their job.  Their real job is to help you find a house.  It’s the job of the financial institution to make sure that you’re financially capable of repaying the loan, but as any homeowner knows, there’s far more that goes into owning a house than just the paying the mortgage.  And when you’ve been renting your whole life and don’t know any homeowners, it feels like a lofty feat.

HomeFree-USA walks with you so you know what you’re doing, are confident that you’re getting a good loan, and are buying well within your affordability range.

Ninety-six percent of the people who fell victim to the Housing Boom and subsequent Foreclosure Crisis didn’t see organizations like HomeFree-USA when they were buying their homes.  Had we seen them, there’s a high chance that they wouldn’t have been in those situations.  They worked with realtors and loan officers, but again it’s not their job to educate and prepare.  Their job is to help you get a loan and into a house.  Because there are shady businesses everywhere, you have to have enough knowledge to know when you’re being lead in the right direction and when someone is trying to take advantage.  That’s why HomeFree-USA is in existence.

AD:  Okay, so in summary, what is the mission of HomeFree USA?

SG:  The mission of HomeFree-USA is to:

AD:  Before we move on you mentioned when the DC market was, ‘Affordable.’  For readers who don’t live in the DC area, what was affordable price-wise versus where we’re at right now?

SG:  Most of our homebuyers at that time were moderate income single mothers – making $35,000 to $55,000 a year.  You could buy a home in DC at that time making that kind of money.  Even if you adjust for inflation today, you cannot buy a house unless it’s an affordable set-aside (of which there are few) with that income.  I made $30,000 when I bought my house.  I could do that in the District then: now, no way.  The average income has also increased in DC, but not to the point where it makes homeownership affordable for all.

AD: They say that DC is no longer Chocolate City.

AD:  Why is homeownership so critical for the African American community in the United States?

SG:   First, one of the big misnomers is that homeownership should be used as an investment vehicle.  I don’t necessarily look at it as an investment vehicle, although homes typically appreciate in value over time.  Most importantly, homeownership stabilizes your expenses, which is invaluable when building wealth.  It also gives your family a foundation that they always know they can come home to.

On average, people of color are still paid less than non-Hispanic whites in this country.  I believe Black women are paid 60% less than their non-Hispanic white male counterparts, so we have to create ways to stabilize our income and expenses as much as possible, while continuing to work on income disparities.  Also, homeowners are typically more focused and invested in the state of their community.  If you have kids, the school system becomes really important.  Holding legislators accountable for actions which may affect your home value also becomes really important. There is a direct correlation between the health of a community and the number of homeowners.  You also get the advantage of having a tax write off.

I just don’t want people to look at homeownership purely as an investment.  Some people feel like it’s a given that their house should go up in value, and that’s not true. It’s an investment and investments are risky.  In the long run though, real estate tends to beat even the stock market in returns.

AD:  I was talking to a coworker recently and we were in fact discussing that when you rent, your rent tends to go up every year, and when you have a mortgage it tends to stay stable.

SG:  That’s true.  Your property taxes and homeowner insurance may increase, but if you have a consistent mortgage payment every month, you can stabilize your overall budget and begin to build true wealth.

This interview will continue in parts two and three of Simone Griffin of HomeFree-USA discusses Homeownership and the African American Community.  To read some more of Simone’s financial writings, visit her blog at www.moneymagnet.homefreeusa.org.  She can also be contacted directly at moneymagnet@homefreeusa.org.  A special tank you is extended to Simone Griffin and HomeFree-USA for participating in this interview and also for providing the picture for this post.

Thank you for taking the time to read this interview. If you enjoyed it, you might also enjoy:

If you’ve found value here and think it would benefit others, please share it and or leave a comment. To receive all of the most up to date content from the Big Words Blog Site, subscribe using the subscription box in the right hand column in this post and throughout the site. Pease visit my YouTube channel entitled, Big Discussions76. Lastly follow me on Twitter at @BWArePowerful, on Instagram at @anwaryusef76, and at the Big Words Blog Site Facebook page. While my main areas of focus are Education, STEM and Financial Literacy, there are other blogs/sites I endorse which can be found on that particular page of my site.