Two of the focuses of my blog are Current Events and Social Discussions. We are currently living in unprecedented times, with new events unfolding every day within our country and around the world. The following contributed post is thus entitled, The Biggest Problems Still Facing The Country.

It has been an incredibly strange year. As we get deeper into the second of 2018, it’s important to peel our eyes away from the drama that continues to play on the TV (or on Twitter) and to gain a little perspective. Here, we’re going to look at some of the biggest problems still affecting the country and what everyday people like us can do about them. 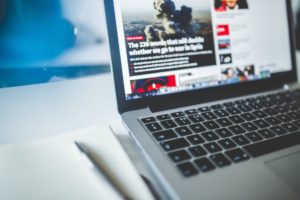 Safety in our schools
At the time of writing, there have been 32 school shootings in the country this year. If that statistic doesn’t highlight that we still have a huge issue with safety in our schools, then nothing else will. A lot of the debate around the issue has revolved around gun control, with even the idea of arming teachers thrown into the mix. The idea of teachers with a gun or having the permit for concealed carry weapons can leave us a little on the concerned side. It is not an ideal situation but the fact that an individual can cite the case District of Columbia v. Heller 553 deciding that individuals can bear arms for self-defence reasons means that there has to be another approach. However, the mental health aspect of our school safety issue should not be overlooked. One of the solutions that we might be able to push more plausibly than the tricky issue of the 2nd Amendment is the support and call for more school counselling programs.

Hurricanes Maria and Irma
The scope and longevity of the destruction caused by last year’s fall hurricane season is regularly underestimated. Not only is there still widespread damage done to the communities hit, with final fatality tolls still up in the air, we don’t give all communities equal attention. The Virgin Islands suffered their costliest hurricanes. Businesses like Cane Bay Partners have set up initiatives to help with the efforts of long-term recovery, as well as supplying generators, clean drinking water, and even temporarily housing displaced residents. If you’re planning on offering donations or even volunteering, Puerto Rico isn’t the only victimized community you need to consider. 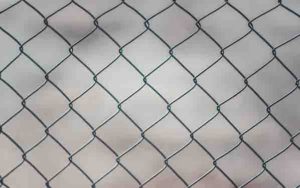 Image sourced by Min An

The border
It’s a politically touchy subject, and many might support the greater efforts to enforce immigration control. However, the implementation has undoubtedly been a disaster with children held in shelters that have been seen to provide sub-par care time and time again. There are a host of charities like RAICES, providing immigrant families and refugees with affordable legal advice, and Border Angels, who fund education programs and immigration services to those in need.

Health care
The problem of how we deal with those in need of treatment they can’t access pops up yet again. The two parties fight over health care time and time again. There’s a growing 71% of the population in favor of changes like Medicare for All. However, while the political ball might take a long time to shift, there’s a lot we can do individually. Volunteering opportunities from Public Health involve not only volunteering free care for health industry professionals but efforts at places like shelters and hospices where even those without training can lend aid to the hard-working staff.

Getting caught up in the political melee can all-too-easily make us forget the real issues still affecting the lives of our countrymen. By getting a little perspective, we can contribute our energies and perhaps even a little time or money to really improving lives.