A key focus of my blog is Current Events. The United States is on the precipice of potentially the most pivotal election in history at potentially the most tumultuous time in its history. We’re in an environment where it isn’t necessarily safe to say who your voting preference is. Even if you don’t disclose it yourself, is your voting record still confidential? The following contributed post is entitled, The Not So Secret Life of Your Voting Record.

How you vote in the next election is confidential. But whether you are a democrat or republican is not the only piece of information that is recorded when you send in your ballot. Many citizens make the mistake of thinking that all the information associated with their vote remains private, but the reality is very different.

What details are recorded?

When you register to vote, your data is stored in your state’s voting records. Identifying details such as your;

Not all of this information is publicly available, however, your name, address, and party affiliation is available, regardless of state. Apps such as OutVote and VoteWithMe make these records easily accessible by the general public. Additional information may be accessed by law enforcement or purchased from the registry by political parties.

State law dictates who can access records, and how the information can be used. It is generally the case that third parties can view your voting history online. The intent of this publicly available information is not generally for commercial purposes; however, it is rare that there are specific safeguards in place to prevent this being the case.

Whilst there are strict state and federal laws surrounding voter records and the safety of voter information, there have been incidents where this information has been unlawfully offered up for sale in the public domain.

How can I privatise my record?

You may be exempt from being required to have your information on the public voter registry. Status as a protected voter is given on a case by case basis, and can include:

-Law enforcement officers and their spouses
-Victims and witnesses of crime (including domestic violence)
-Healthcare professionals, including volunteers
-Some healthcare patients
-Foster parents

A key focus of my blog is current events. There is some talk that democracy is under threat in the United States. Some would attribute this to ‘voter fraud’, while others would attribute it to tampering from other countries. The following contributed post discusses some issues with the voting process and is entitled, Is American Democracy Really Under Threat?

Voter fraud is a hot button issue at the moment and there are a lot of accusations flying around. In October of last year, a bus full of minority voters in Georgia on their way to the polling station was ordered to stop and they were not allowed to vote. The official reasoning was that the people on the bus were engaged in barred political activity. Unfortunately, this isn’t a one off and there were actually a total of 53,000 people that had their applications for registration denied for very minor reasons, like the information being slightly different from their driver’s license or registration forms. Most of the people that were barred from voting were minorities which sparked a lot of accusations about unfair treatment on the part of the Republican Party.

This isn’t just happening in Georgia either and if it is allowed to continue, it has far reaching effects on democracy. The Republican party have defended their decision stating that it is necessary to have the power to stop people from voting to combat voter fraud. Critics of the Republican Party point to a long standing tradition in history of people in power trying to quell opposition from expanding voter groups by using accusations of voter fraud as a way of stopping them from voting entirely.

There have also been accusations about tampering with votes and trying to influence recent elections. Trump has come under fire over links with Russia and evidence that they used social media to boost support for him during the presidential election. Bush came under fire when he was elected when there were accusations of vote tampering and vote theft in Florida. In the end, it was not a recount that settled the argument. Instead, it was decided by a partisan split in the Supreme Court. These are all worrying accusations and a lot of people are starting to question whether American democracy is really functioning properly and whether the people actually have control over who is in power. But is democracy really under threat and is voter fraud a legitimate concern?

The issue of electronic voting has been called into question in recent years due to fears of cyber security problems. It’s a well known fact that some of the largest organizations in the world, like the FBI, can be vulnerable to online hacking attacks, so surely an electronic voting system isn’t completely safe? The FBI has already reported breaches that released registration details of voters in Arizona and Illinois, but what about direct attacks on the vote counting systems that would allow hackers to change the results of an election? The bad news is, there’s no clear answer here because the systems that are used are not uniform throughout the country. Each state and local authority chooses their own electronic voting system. Some, like the Smartmatic Electronic Voting Company have better security than others so it all depends on where you live and vote. However, there have not been any reported attacks that have changed the results of an election so far, but it is still a possibility.

In terms of other kinds of voter fraud, it’s incredibly rare. There have been a lot of studies by the National Republican Lawyers Association to look into this and see just how likely it is to happen and they only uncovered 332 cases between 1997 and 2011. When you consider how many millions of votes are cast in an election, you can’t consider voter fraud a huge danger.

However, that doesn’t mean that there isn’t a threat to American democracy, it’s just not coming from voter fraud. The real threat comes from a low turnout. Only 38 percent of Americans voted in the 2014 midterms which means that there were millions of eligible voters that didn’t cast their vote. That means that the US ranks very low on the list of voter turnout and that’s a far bigger threat to democracy than voter fraud has ever been.

Turnout is low for a lot of different reasons. First off, the allegations of voter fraud that the Republican Party are using to stop people from voting are making harder for a lot of people to register so they’re simply not voting. The system, in general, is quite difficult because policymakers are yet to introduce same day registration and make the process a lot easier for everybody.

There are also problems with a lack of faith in government. Allegations of Russian collusion and a whole host of different conspiracy theories mean that a lot of people think that they’re completely powerless to change anything anyway so they don’t bother voting. Whatever the situation, that’s not true.

American democracy may well be under threat but it’s not from voter fraud, it’s from low turnout. So, always make sure that you get out and vote. 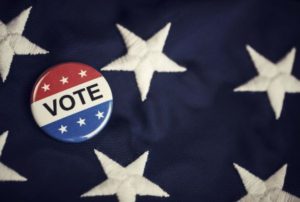