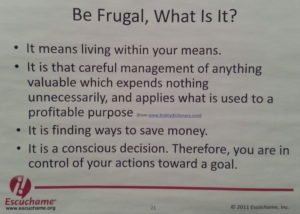 7 thoughts on “The difference between being Cheap and Frugal”