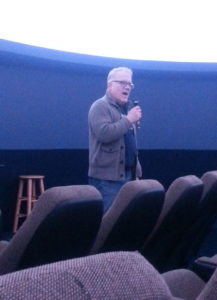 From Feb. 10-12, the Friends of the David M. Brown Arlington Planetarium hosted their second weekend of 2017 titled “Endless Forms Most Beautiful: Exploring Evolution & Celebrating Darwin Day”.  The weekend was dedicated to the study of the formation of life on earth.  On Friday Feb. 10 there was a viewing of the short film “The Origin of Species” which told the stories of Charles Darwin and Alfred Wallace.  On Saturday Feb. 11 there was a viewing of the full dome show “Natural Selection”.  On Sunday Feb. 12 there was a second showing of Natural Selection. 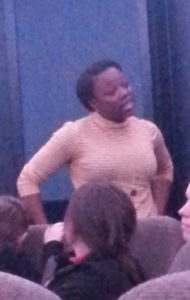 In addition to the shows, this Friends’ weekend also featured a lineup of speakers from the science community.  Friday’s and Saturday’s speakers visited the planetarium on behalf of the Michigan State University’s “Darwin Road Show”.  On Friday, students from George Washington University’s Department of Biological Sciences discussed their graduate research projects.   Tiffini Smith discussed her thesis project which focused on “Sexual Selection” and its role in evolution.  Chris Day discussed his project which looked at the abilities of Cancer cells to evolve and develop resistance to pharmaceuticals.  On Saturday, Alexis Garretson of George Mason University discussed her research on native wildlife and ecosystem interactions.  On Sunday, Dr. Thomas R. Holtz, Jr., a Professor at the University of Maryland and a Research Associate of the National Museum of Natural History discussed “The Evolution of Dinosaurs”.

The Friends will host special events at the David M. Brown Arlington Planetarium one weekend every month until the end of the school year. Each weekend will be geared towards increasing STEM education/awareness for all ages and will feature a specific theme.  For more information, visit the Friends’ website: http://friendsoftheplanetarium.org.  The theme of March’s weekend will be: The Art of Science: The Creative Side of Our Natural World.